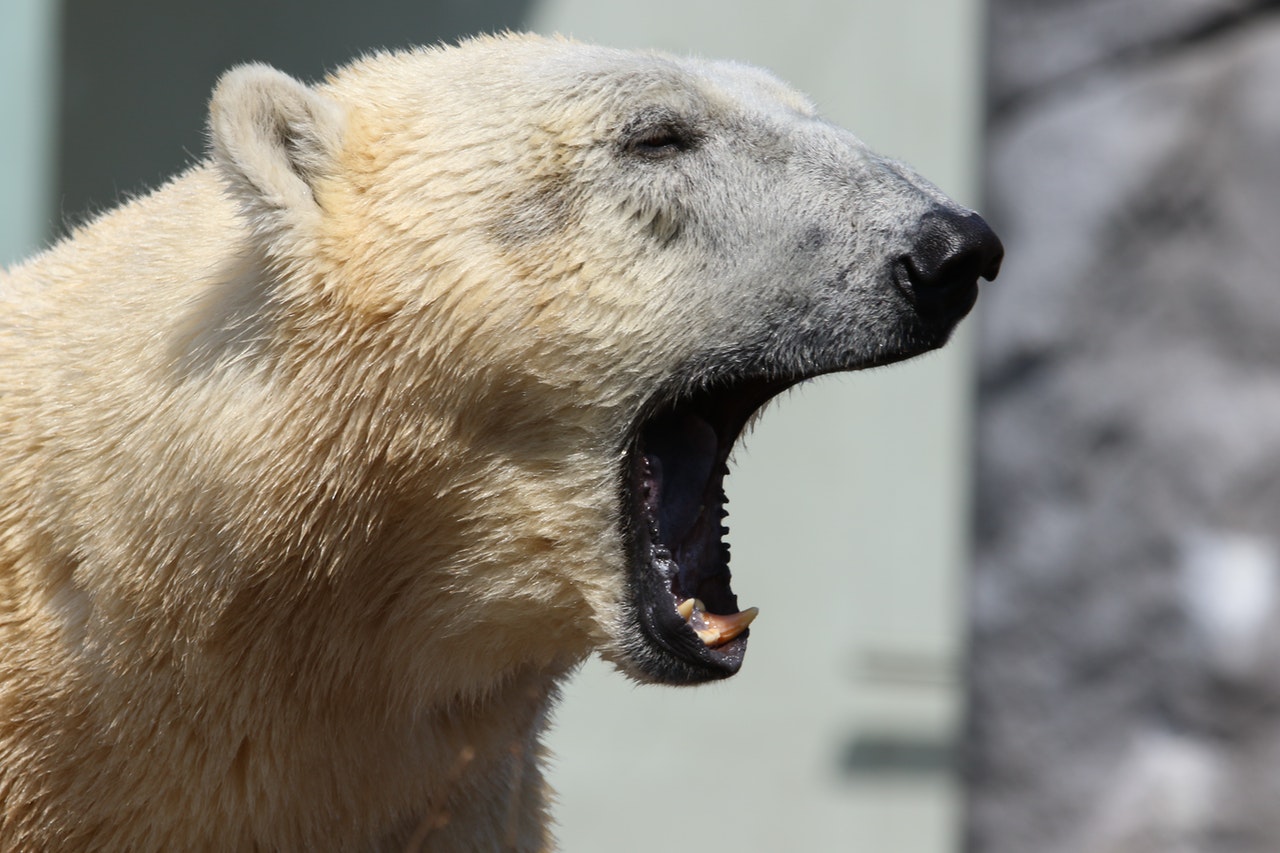 Not that we needed the official designation. But, it’s now official, the S&P 500 is in a bear market—off more than 20% from its high mark in early January.

What does this mean? Well, the official designation doesn’t mean much. We’d flirted with this level for weeks and weeks now so it was probably bound to happen. Besides, the most important thing for the markets is getting the 10,000 pound gorilla (inflation) off our backs. Right now, he just won’t let go.

Until inflation lets up, that weight will continue to pressure stocks and bonds as it will force the Federal Reserve to continue raising interest rates. Higher rates mean higher costs for borrowing money to buy most anything: a home, a car, a boat or a business.

Higher rates also dampen enthusiasm for more volatile assets like stocks. But, higher rates are also bad for bond holders in the short term. Generally speaking, prices fall as rates go up.  We’ve talked a lot about stock market woes this year. But, check out the negative returns in the bond market. 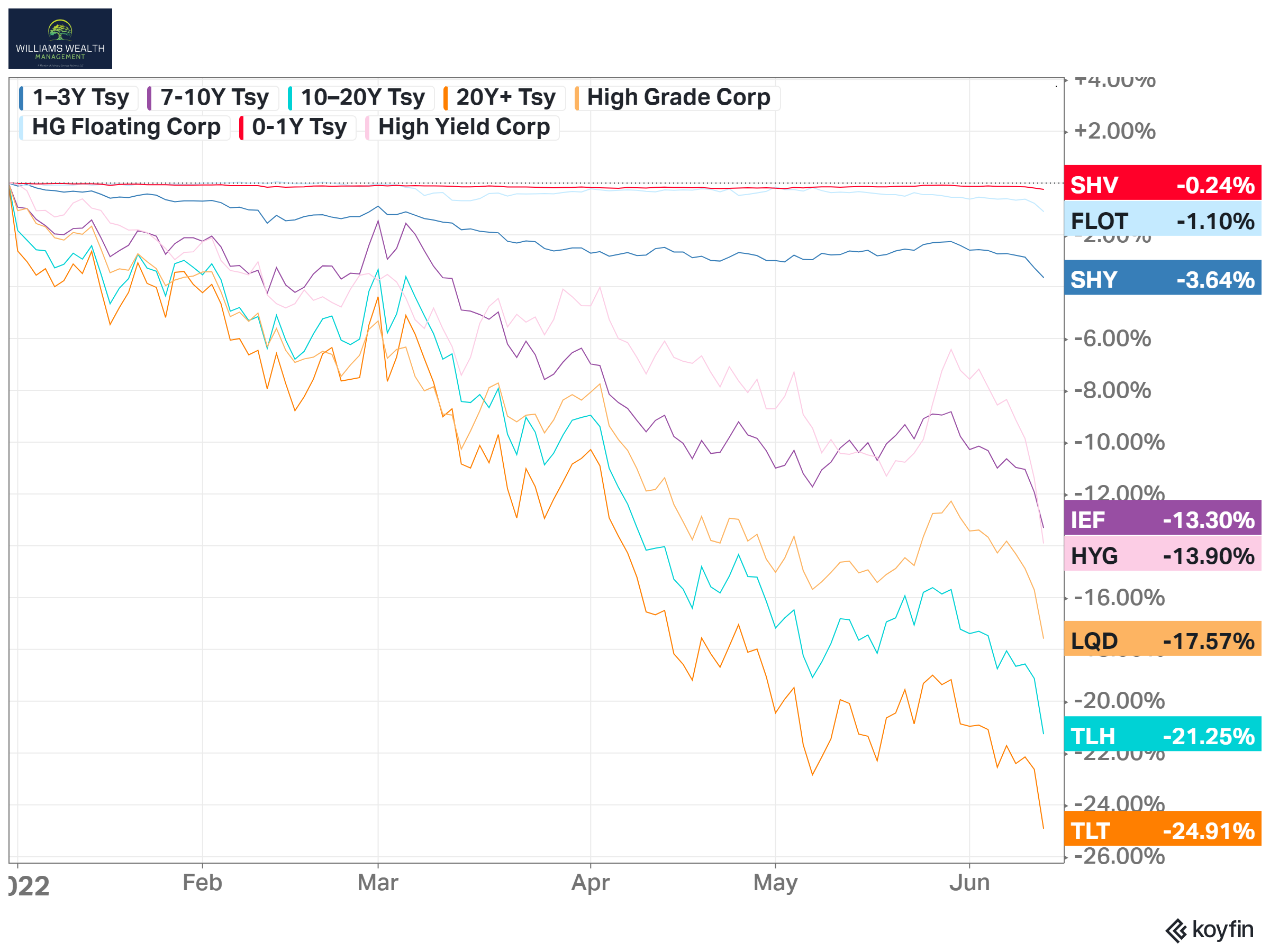 That’s why we’ve been saying, this market is not giving you many places to hide. And, this looks likely to continue until the Fed eases off the brake. So, what could make them do that? The most obvious answer is a significant decline in the rate of inflation. The problem is that it could take a while given the surge reported last Friday.

Short of that, something will need to break in the markets. Credit would have to lock up with banks no longer wanting to lend money or only willing to do so at much higher rates.

The already strong dollar would have get so mighty it starts choking off growth globally that funnels its way back onto our shores. We’re already hearing these complaints from some companies with strong international businesses. The rising dollar is hurting every time they convert their overseas earnings back into dollars. It can also slow demand for their products or services.

The Federal Reserve is meeting this week and will likely announce another 1/2 % rate hike on Wednesday. But, some analysts expect it could be a 3/4 % hike. Regardless, the more important information will be the Fed’s latest “dot plot” forecast of future hikes as well as comments from Chairman Jerome Powell.

Here’s the bottom line: The Fed is playing tug-of-war between inflation and recession. They want to stabilize prices without completely wrecking the economy to do it. Earlier this year, that seemed more plausible. But, that fight is getting more intense by the day and the data point. It seems much more medicine will be required. And, too much medicine could lead to a massive side effect: recession.

We’re getting to a place where the Fed may have to make a decision on its inflation goals. Is 2% inflation still the objective? Or will they accept 3%? Seems trivial, but it’s not. We’ll learn a lot more during Wednesday’s news conference with Powell.

Let me leave you with this note of optimism: Today’s markets look gloomy. But, if you have money you don’t need for the next 5 years or so, let history be your friend. As we’ve seen many times before, the gloomier the markets get, the brighter the outlook for future returns. Today’s pain may very well be tomorrow’s gain.

The Standard & Poor’s 500 (S&P 500) is an unmanaged group of securities considered to be representative of the stock market in general.  Indexes are unmanaged and do not incur management fees, costs, or expenses.  It is not possible to invest directly in an index. 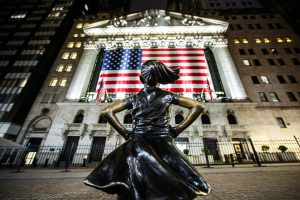 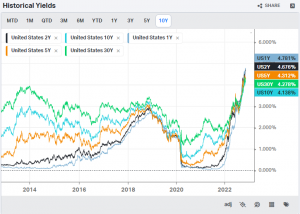 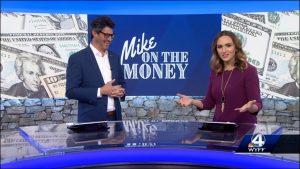 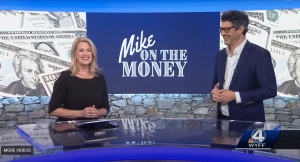 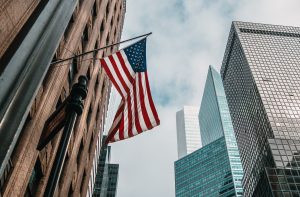 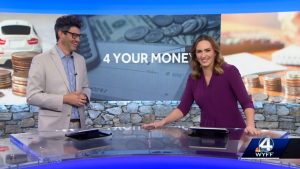